When I graduated from high school, I was given a 40-day devotional by Cory Asbury that is titled Reckless Love. This book was given to me by Shannon Rose, our school library’s paraprofessional, spring musical vocal coach, and a dear friend. As I’ve finally taken the time to dive into this powerful book, I came across a quote that really stood out to me. It made me stop reading to sit and ponder.

“...self-righteousness keeps us blinded to the beauty of grace in motion.”

Self-righteous is defined by Mirriam-Webster as, “having or characterized by a certainty, especially an unfounded one, that one is totally correct or morally superior.” If we become so focused on trying to earn the favor of God and others, we miss the beauty of the big picture. You see, the whole point of grace is that we don’t deserve it. Self-righteous people think that they have to earn everything they get, but this simply isn’t true. Grace comes in many forms, whether we earn it or not.

There’s a parable, or story, about a shepherd and his flock of one hundred sheep. Ninety-nine of those sheep are healthy and safe. However, there was one little sheep that was missing and in danger. The shepherd abandoned the ninety-nine to go and search for the one little sheep. Now you may be wondering, “Why would he leave the ninety-nine who were where they’re supposed to be and don’t need help for the one irresponsible sheep?”

The little sheep knew he was in danger and he was crying out for the shepherd to rescue him. In all reality, the shepherd probably should’ve ignored the little sheep and focused on the ninety-nine. But the shepherd continued to search for the lost sheep until he was found. Those ninety-nine sheep were like self-righteous people that think they don’t need grace. They think they’re totally correct and perfect in everything that they do, so they miss out on the beauty of an overwhelming grace that leaves no one behind.

Don’t be afraid to be vulnerable and ask for grace. Whether that’s an extension on a deadline, a second chance at a relationship, or simply asking for something without earning it, lean into vulnerability. When we finally let our guard down and stop viewing ourselves as righteous and self-sufficient, we see the true beauty of grace in motion.

Humbled by His grace,

I would consider myself a big list guy. When I see a list, I'm intrigued to read it knowing that it won't be too much to read. At the same time, I know there's enough to keep me interested for a decent amount of time. So, I decided to make another list. A list of things that I can take away from the year 2020. 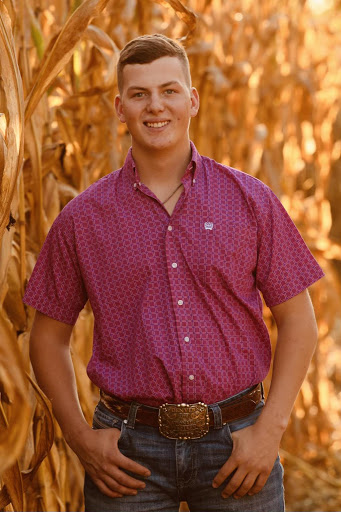 Posted by Indiana FFA at 1:00 PM No comments: