Boiler Up, Hammer Down 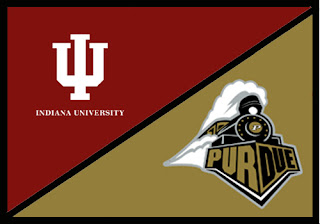 With that being said, I applied to seven different colleges for a major in economics, however, not a single one of those schools has more than 5,000 students, meaning, I didn’t apply to either Purdue or Indiana University. While I did get accepted into all seven of the smaller colleges, I still didn’t feel good about attending one of them, it just didn’t feel right, I just felt like I belonged at one of the Big Ten Universities. So, without giving it a second thought I applied to a much bigger college than I had previously planned on attending and I let the thought of attending a small liberal arts college exit my mind. So, the day before applications were do, I submitted mine and hoped that I would be attending college the next year at one of the spectacles of the Midwest, right here in Indiana. The only question is would I be wearing black and gold or cream and crimson.
When it came down to it, I decided to turn to the black and gold and become a Purdue Boilermaker in West Lafayette. Throughout my senior year in high school, I had been taking two Ag classes that really helped me determine the course of action I wanted to pursue during my college years. So, I applied to Purdue University in order to major in Agronomy. By deciding that I wanted to further my education at Purdue University, I decided to become a boiler fan. So, ever since being accepted into Purdue, I have continued to be an avid fan of the Purdue vs. Indiana games, only my support has been thrown to the other side. This men’s basketball season has been awesome for a Purdue fan and awful for Indiana fans, with Purdue beating IU in both of their match-ups, it’s a great time to be a boilermaker. With all of this being said, the love I have for Purdue University and the pride I have for being a boilermaker has done nothing but grow since I submitted that application. 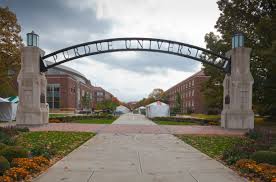 In conclusion, it can be said that Purdue is not just a great college of agriculture, but that it is a great university in general, so while I personally think Purdue is the best, I realize that others have their preferences. For everyone thinking about what college they want to go to or what they want to do after high school, consider what it is that you actually enjoy doing, I was able to establish that agriculture is the field I want to go into and that Purdue was the place that could get me into that desired field. Pursue whatever it may be that you want to and love what you’re pursuing and where you are going, oh and don’t forget, Boiler Up.