Most people identify this time of year as the holiday season - people run around purchasing gifts for families and friends, while others spend it doing acts of service for those in need. While this exemplifies most of the season, last year I had something else on my mind. It wasn’t choosing the best present for my friends or the next basketball game I had to play, it was instead a very simple question. What college was I going to attend?
For many people at my school the choice was simple as they were attending Purdue, IU, Ball State, the big schools that everyone always talked about. But for me, I wasn’t so certain.
At the time, I wasn’t sure what I wanted to major in. While I was interested in the field of education, I didn’t know if it would be for Agriculture Education or Math Education. Because of this, I wanted to go to a school that offered both, so I could keep my options open.
I didn’t realize that keeping my options open meant that I was limiting myself to three choices. I could:
Those were my options. The only two schools that offered Agriculture Education in Indiana were Purdue and Huntington. I knew very early on that I didn’t want to go to Purdue. It was too big and too close to home, not to mention I’d been there a thousand times. I mean, I basically grew up there. If there was one thing I knew for sure, it was that I couldn’t spend the next four years of my life there, but I also knew that I didn’t want to go out of state. The tuition to go somewhere other than a college in Indiana was way too high for my liking.
While I knew I wanted to keep my options open, I still made an effort to tour other campuses. The first one I went on was to the University of Southern Indiana. It was beautiful. USI had a great education department, it was one of the cheapest schools in Indiana, and it wasn’t close to home. It also didn’t offer Agriculture Education, so I kept looking.
I toured Ball State and Indiana State, not really liking either of them. I felt as though I had to go to USI, even though it wasn’t going to allow me to study in the field of agriculture.
Before I made any final decisions, I decided to take one last tour to Huntington University. I remember telling my mom that it was a waste of time, and being as negative as I possibly could have been. I didn’t want to get my hopes up.
As soon as I stepped foot onto the campus though, I fell in love with it. From the Agriculture Education student that gave us a tour, to the professors, everyone made me feel right at home. And it didn’t stop there. They have been so supportive in my journey through state office, and I couldn’t ask for a more welcoming school to attend. Each time I run into someone I know from Huntington, they always make an effort to say hello. I ran into some fellow Huntington students and professors a week ago, and they made sure to include me in a picture they took. 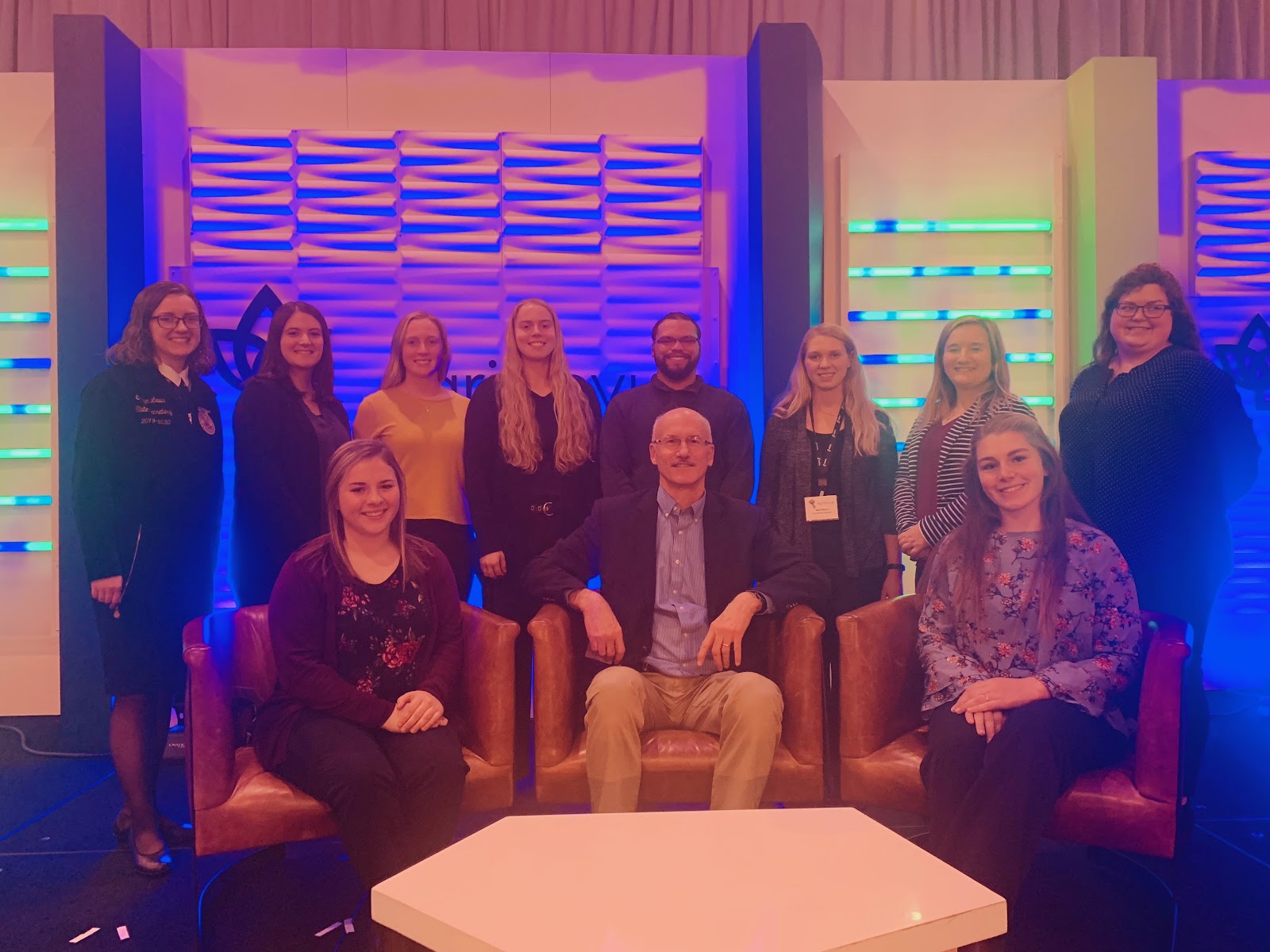 Small gestures such as that are the reason that I’m so excited to go to Huntington. I was scared that I wouldn’t be able to find the right fit for me when it came to choosing a college, but that was before I had given Huntington a chance.
A year ago I didn’t know my plans for the future. But now I’m so thankful to be able to call myself a future Forester, and I can’t wait to start the next chapter of my life next fall at Huntington University.
Fear the Forest,
Caitlyn Lewis