As some of you know, a pretty important date in history is quickly approaching. You may ask what I'm referring to- Mother's Day of course! News flash, in case you were not aware, Mother's Day is on May 10th which is THIS Sunday! But if you're like me, you may not know a whole lot of the history behind this day!

According to A+E Networks History.com, Mother's Day was created by a woman by the name of Anna Jarvis in 1908 but it was not until 1914 when President Woodrow Wilson officially signed a measure to designate the second Sunday in May as Mother's Day. That was when it became an official U.S. holiday! This was a day designed to honor mothers for all that they do simply by giving them flowers, cards, and other presents to express gratitude and love.

This day is expressed in different ways around the world but most commonly in the United States it is a day to give your mom gifts and let her pick where to eat on Sunday after church, at least, that's how it works with my family! 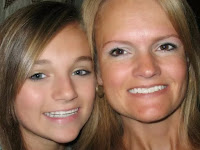 Mother's Day is a day to show your appreciation, gratitude, love, admiration, honor, praise and love to your mom! And if we're being honest- moms across the country deserve a day to be acknowledged for all that they do! For me personally, I know that my mom does! She does a lot for me and she does whatever she can to support me in my endeavors! 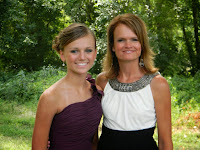 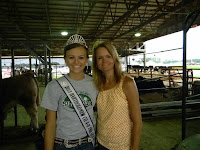 Growing up my mom did whatever she could to support me and encourage me. I wanted to play T-Ball and without hesitation she signed me up! I wanted to become a basketball All-Star, she let me try out for the team in 5th grade and she came to ALL of my games. Home and away. I decided that I needed something new, so I switched from 5 years of playing basketball to trying out for the cheerleading squad my sophomore year of high school. Once I became a cheerleader, she continued to come to every game that she possibly could to watch me cheer. After I tried out for tennis as a freshman and did not make the team, instead of telling me to take a break or not to bother, she supported me when I quickly decided to try out the whole running thing with Track and Cross Country. Even then, rain or shine, my mom would come to my XC and Track meets. 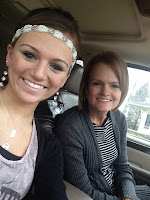 But it is not just with sports that my mom has supported me. In 4-H when I decided that I was going to show a heifer as a 4th grader weighing in at about 50 pounds, although I worried her sick and she was terrified that I was going to get hurt, she allowed me to show cattle for the first time. At church when I wanted to be a part of the musical, she even allowed me to try out as one of the main characters! When I joined FFA and told her that I would have more practices to go to, she told me not to wear myself out but if it was what I wanted to do- go for it! When I decided to compete in our county fair queen pageant as a junior going into my senior year, she encouraged me to just be me and have fun with it, no matter what the outcome may be! When the opportunity arose for me to go on a mission trip my senior year to the Dominican Republic, she wanted me to go! She helped me raise funds, she encouraged me and she continuously prayed for me and my youth group!

When senior year came around and it was time for me to fill out the application to run for a state office, she supported me wholeheartedly. Even if it did mean moving out of the house, living at the center for an entire year, and driving across the state, sometimes by myself and sometimes really late at night or really early in the morning. When the week after my high school gradation came around and it was time for me to make my way up to Purdue University to attend the Indiana FFA State Convention, even on the drive up to the campus when I was doubting myself and what I was capable of accomplishing- she hugged me when she dropped me off and she told me that I could do it, that she believed in me, and she was praying for me. 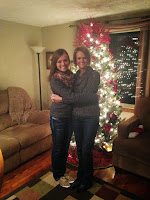 My mom has ALWAYS been there for me and I am so blessed that I get to call her my momma! For the times I made her cry, ate the last Swiss Roll in the cabinet when she probably wanted it, and worried her to death, she carried me in her arms, put me first, completely created her schedule around mine, and watched me grow into who I am today.

To all moms out there; THANK YOU for all that you do! For your time, commitment, love, and support that you give to your families and your children! Behind every beautiful and humble young lady or every handsome and mature young man, is an even stronger mother who has given her kids all of the love that she possibly can. 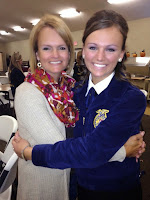 So before its too late, sometimes its good to just say what needs to be said! Go tell your mom how much you love her and thank her for all that she does for you! Not just on Mother's Day, but on every day of the year!

Abraham Lincoln once said, "All that I am or hope to be, I owe to my mother." 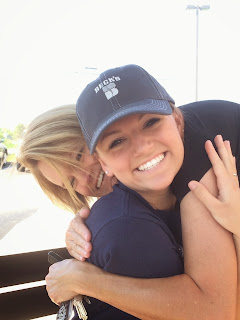 In the midst of Banquet Season

The air outside is getting ever warmer, the days are getting longer, and the state officers are getting ever busier. Preparation for the 86th Indiana FFA State Convention is fully underway and the to do lists could probably stretch from here in Trafalgar to New Mexico. However busy this time of year may be though, it is an incredible time of year, and one of the chief reasons is because this is banquet season. March, April, and May are when the bulk of chapter banquets happen across the state, and my teammates and I are fortunate enough to be invited to many of them.

Just last night I attended my sixth banquet, which marked the halfway point. As of now, I have given my speech several times, and been able to visit chapters all across the state. And it is as I reflect on those banquets I have already attended that the real magnitude of this opportunity becomes evident. Attending banquets is so much more than just delivering a speech. For me at least, it offers a genuine insight into not just the chapters, but the communities.

At the majority of the chapters I have visited I delivered a thirteen minute speech about how anyone can make change happen. I love this opportunity because delivering speeches is a real passion of mine. I have learned that every audience is different, and that you can never guess what they’re reaction to your speech is going to be. As a speaker, sometimes you’ll get up there with all the enthusiasm and gusto in the world; you’ll deliver your punchlines with precision, and when you expect the audience to erupt in laughter—they will sit there quietly and politely nodding their heads. Other times, however, you will simply be giving exposition on a story and make a clever remark as an aside, and it will send the audience into a bout of rolling thunderous laughter. Meanwhile, you will be standing at the front of the room wondering why on Earth that was so funny. In my travels I have found the unpredictability of audiences to be one of the greatest sources of excitement. Every time I prepare to take the microphone, I have no idea what will happen in the next fifteen or so minutes. But to me, that is fantastically thrilling. And each time I take the microphone, I can only hope that it will be one of those speeches when the audience laughs at all the right times, and I can visibly see them feeling the emotions I'm attempting to portray to them, and when I bring it all together for my conclusion I can see the dots connecting in their minds as the smiles spread across their faces. Those are magical moments. I have found no greater sense of wholeness in my life than when an audience is applauding after a speech like that.

It would be an injustice, however, if I let you all believe that the only enjoyable part of banquets was speaking. There is obviously the food, which has been wonderful everywhere I’ve been so far. But more importantly, there is the fellowship. Banquets are a celebration among FFA members and community members. They are a mirthful and jovial evening of reflection on the year that has past, and an optimistic look forward to the year to come.  The state officers attend most banquets as guests, and more often than not we know only a few other people there. Sometimes, we don’t know a single person there. Again, this is scary but equally exciting. I always enjoy this experience, because as a guest at banquets I get to peer through a window into the culture of the chapter and the community. Watching the officers one can observe how their team dynamics work. I get to see the relationship students have with their advisors and their supporters. I witness the inside jokes and stories that each chapter has, and often as an audience member they make no sense to me, but I laugh along anyway. I always enjoy this opportunity to witness how the makeup of each and every FFA chapter is different. Yet I am always struck by the things that make them similar—the passion, the pride, the support, and the hard work.

Attending banquets has been a truly inspiring experience so far, and I cannot wait to continue the journey in the coming weeks.