March 21, 2014 is a day I will never forget. At 3:30 A.M., while my family was fast asleep, our house had rigorously erupted into flames, engulfing our entire house with it. We barely escaped before the fire swallowed my entire bedroom and upstairs hallway. Had I been in my bedroom for just 30 seconds more, I would have been killed right there. For over an hour, my family and I sat on our back gazebo watching the house we grew up in burn second my second.

Once the firefighters put out the flames, we went inside to see if we could save anything, but everything had been destroyed either by the fire, water, or smoke. Walking inside was like walking into a haunted house: it was dark with black char marks all across the walls, the lights had melted and dropped from the ceiling, and the stairs were wobbling.  It was a nightmare to walk through. We had no clothes, no shoes, no food, no car, and no house. We had truly lost everything.

Just as all hope seemed lost, later that afternoon, news spread about the fire to our community. People from all over Shelby County were racing to our house with loads of boxes to donate items to us. We received food, clothes, toiletries, and some of my friends bought me new school supplies. At that very moment, I truly learned the value of the fourth line in the FFA Motto: Living to Serve.

Ever since the fire, I have made it my mission to serve as a leader by emphasizing the power of serving others. The Salvation Army was one of the first organizations to respond to my family after the fire.They guided us into their facility and allowed us to take what we needed. They truly lifted us from a dark gorge I felt we were trapped in. That winter, I learned that the Salvation Army gathers volunteers to ring those bells with the red kettle at stores during the Christmas season to financially aid with their organization. I signed myself up and have rang those bells for 5 years straight now, averaging approximately 15 hours of bell ringing each year. The Salvation Army helped me and my family when we were in times of despair, and it’s my mission to give back to them.

I am lucky enough to have a roof over my head, a hot meal on my plate, and a warm bed to sleep in every day, but there was a point in my life where I didn't have those luxuries, and there are families out there who don't have them as well. My entire attitude on life changed when my community came together to serve my family. Stepping up as a leader to help someone in need can make anyone's day better. The power of Living to Serve is limitless. Indiana FFA, I challenge you to find ways you can serve others and recognize the potential that any act of kindness can create.

Posted by Indiana FFA at 6:00 AM No comments:

District Presidency… wow, what a year. Last year was one of the greatest, yet hardest years ever. I started the year off wide-eyed and hopeful of all the things my team would accomplish. I would like to take this time to blame Cait Lewis for my optimism because she made it all look so easy and left some big shoes to fill. Going into the year I thought that I had to be the perfect FFA member and District President, but your slate doesn't determine your competence. I had said it a hundred times before, “To me, my slate doesn't matter because if I am on the team I know that I can make an impact.” But as soon as I saw “Luc Sproles District I President” on our newly announced slate, that all went out the window. I felt as if I had to put on this ‘armor’ to cover up my shortcomings. That makes sense right? If I cover up my weaknesses, no one will see that I’m not perfect. Guess what? I was wrong and perfect is overrated.

Be brave enough to lead like you; you aren’t in this alone.

I thought that I had to start leading like “Mr. President.” I thought that I had to be “The District President,” so that’s what I started doing. I tried to act perfect, to be perfect. I thought that was the perfect solution. I was putting on armor. I got to the point where I was exhausted, run-down, and felt defeated. I thought that no matter how hard I tried, I wasn’t doing good enough. That’s when I called my friend and told her everything that was happening. On that call, she gave me some advice that truly changed my mind about how I wanted my year to go. She said, “This year you are going to feel like the weight of the world is on your shoulders, but it’s not. You have six other teammates to carry that with you. So if you fail you won't do it alone.” That’s when I realized I had started my year all wrong because I was trying to do it all alone. I was blessed with six other amazing people this year that have become some of my best friends. I truly could not have done this without them. Without them, I wouldn’t have been able to take off the armor that was holding me back.

“District I President”, yes, that was my title. It was not who I had to be. Leadership isn’t about titles, it’s about the impact you make on the lives of others. In order to truly make an impact, I had to take off my armor. I had to stop trying to lead like “Mr. President” and start leading like Luc. Let me tell you, that was terrifying. The idea that people would see my faults scared me. I thought people wouldn't respect me if I took off that armor, yet I was wrong again. When I took off that armor I saw the real Luc; my peers saw the real Luc. The honest, happy, coffee-fueled, creative, hotheaded, sarcastic, caring, messy, sometimes-stressed Luc and I wouldn’t want it any other way.

If you are finding yourself in a similar position, let me give you some advice. I'm sorry if I burst your bubble, but you will not be perfect. You are going to mess up. You are going to come up short, and that is okay. We weren’t made to be perfect so be brave enough to take off that armor and lead like you. 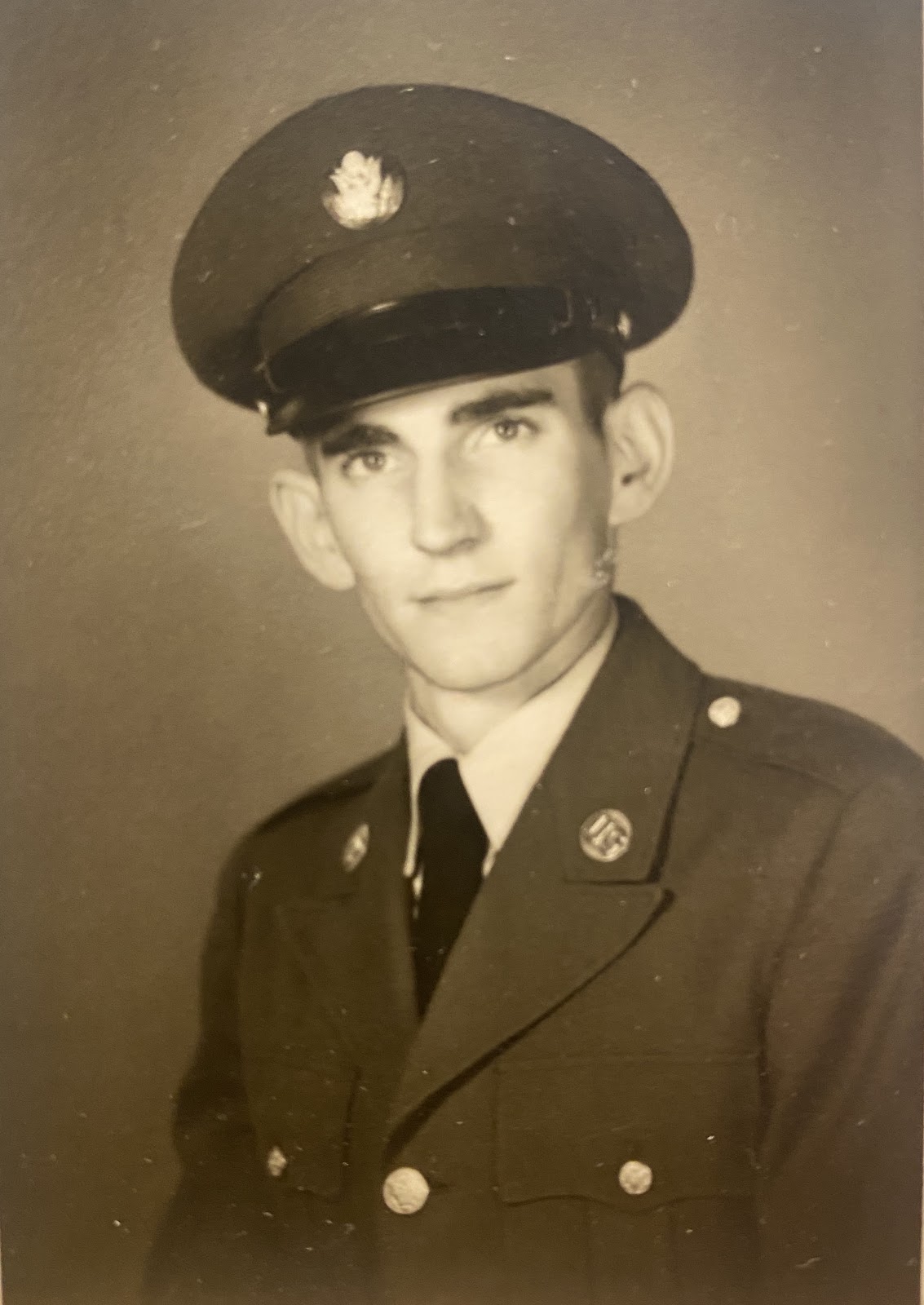 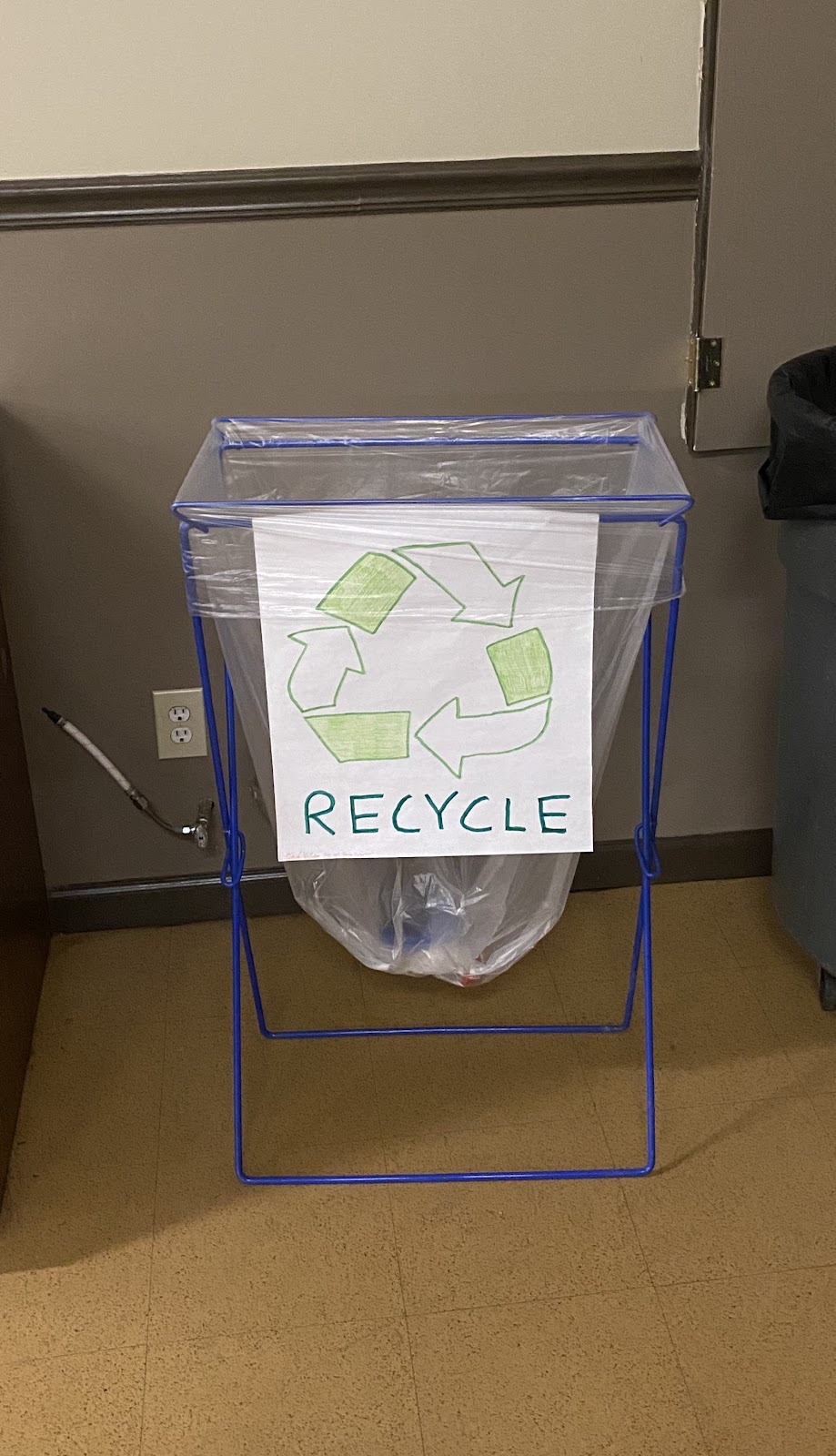 Thinking about my grandfather’s legacy has made me appreciate what I am dedicated to in life. One of the passions that I hold near and dear to my heart is environmental stewardship. From an early age, I have carried with me a love and appreciation for the natural world. Through this appreciation, I have made a personal commitment to be more environmentally responsible in my actions. I drive an electric vehicle, I volunteer in river clean-out projects, I recycle religiously, and I plan to get involved with renewable energy for my future career. Every step of the way, I have made environmental stewardship a personal mission of mine. For the rest of my life, I will remain dedicated to this mission as I continue to protect our environment. Long after I leave this earth, people will look back at my life and recognize this level of dedication. Just like my grandfather before me, I will always be remembered for remaining dedicated to my personal mission.

When someone asks what you’ll be remembered for, think about your legacy and what you will leave behind for future generations. Whether it’s something you are passionate about or a personal mission you have, your legacy can be defined by whatever you choose. Find your passion… dedicate yourself to it… and live your life fulfilling that mission. It really does make a difference.

The Lessons Learned Outside the Classroom

Through extracurricular activities and community service, I have learned to always have an open mind and an open heart. We are often so quick to judge or make decisions based upon preconceived notions that either society or we have created ourselves. Outside of FFA, I am highly involved in theater. It’s hard to get more opposite than that. It’s a challenge, at times, being in two separate worlds but trying to make them work together. I have had to adapt and be open to anything and everything. While the people in these extracurriculars are different, they are all equally important and bring something completely new to the table. Every person also has the opportunity to grow me in some way. I see the world as one big classroom, and every person that walks into my life is a teacher. Whether they teach me new skills, further develop pre-existing skills, or create challenges I have to solve, they are there to help me grow.
I have also learned that an outstanding leader is someone who can take charge of a situation in order to benefit those it affects. They are humble and desire that everyone’s needs be met. Leadership is something I am passionate about. The world needs better leaders with a genuine desire to serve. Leadership is sacrifice. True, genuine leadership is a willingness to sacrifice your needs so that others around you may grow. Every decision should be made with the impact it will have on others in mind. Leadership isn’t always easy, because it sometimes means taking blame upon yourself. Leadership is not about the fame or awards, it’s about seeing people grow and develop into the people they were made to be. Having a positive impact on someone is one of the greatest things in the world. 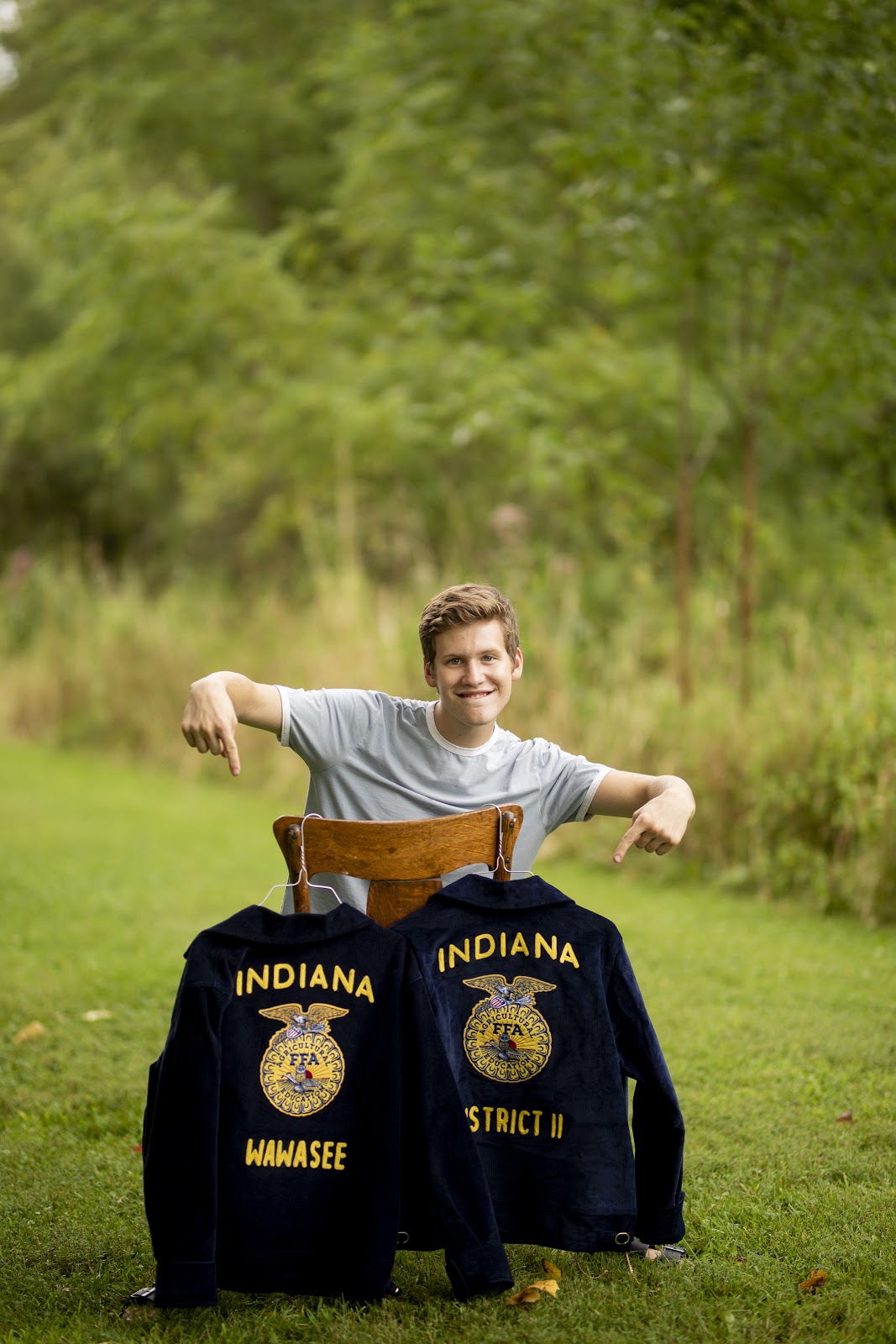 Knowing these qualities of leadership is one thing, but putting them into action is another. Throughout my extracurricular experiences, I have had plenty of outlets to put my leadership into effect. Obviously, I have a passion for FFA and have had incredible opportunities for leadership through FFA. I am equally passionate about the performing arts, leading to my involvement in theatre and our local Thespian Troupe. Having the privilege of leading in two organizations I hold near and dear to my heart is such a rewarding and fulfilling achievement. Sharing my passion and love for agriculture and theatre with others and watching them develop the same passions has been a highlight of my high school career. Without opening my mind to the opportunities both of these organizations presented, I never would have learned some of these lessons or discovered these passions. Another valuable take away from my time out of the classroom is that our talents and natural abilities make us unique individuals. I have learned the value of having a positive role model and the importance of being a positive role model for others. A good leader leads by example in both word and deed.

Leading with an open heart,
Evan Coblentz
Posted by Indiana FFA at 12:00 PM No comments: