The Effect of Teamwork

Today’s the day; the start of the 90th National FFA Convention & Expo! A day that thousands of FFA members look forward to each year come October.
Although Wednesday is the true kickoff, my teammates and I, as well as our two other State Delegates had the privilege to drive up to Indianapolis early Monday morning. This gave us the chance to attend a training session entitled “Respecting Diversity” and participate in the National Delegate Day of Service. The Day of Service was an opportunity for State Officers and Delegates from all 52 State Associations to partake in a community service project of their choosing around the city of Indianapolis. As a team, we decided we would donate our time to Gleaners Food Bank of Indiana, an organization that combats hunger by inspecting donated food, packing boxes to the brim, and distributing that food all across the state of Indiana. Now, this seems like an event that wouldn’t be that big of a deal, as any person who really wanted to could easily go in and donate their time doing the exact same thing we did that day. However, there was something special about Monday. 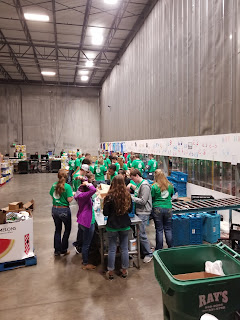 Gleaners didn’t just have nine people come help out, but rather over 120 FFA members selflessly giving up three and a half hours of their day in order to help combat hunger. Throughout those hours, we all had a blast sorting food, getting to know each other, posing for pictures, and jamming out to music. This all sounds like something simple and not that big of a deal, but here comes the most impactful part. Within those three and a half hours, we all sorted and packed over 25,000 pounds food, which will soon be distributed to feed 21,064 Hoosiers. Knowing that we had that much of an impact on a state that we love so much was a truly humbling experience that we got to participate in that day. I know it will always be something that sticks with my team and I for months to come. It just goes to show that no matter how tired we may get in life, a huge impact can be made when we all come together with one simple goal in mind. 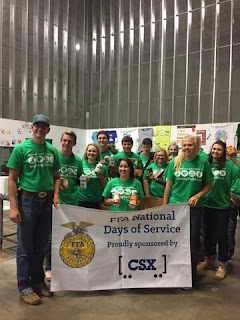 With a humble heart, 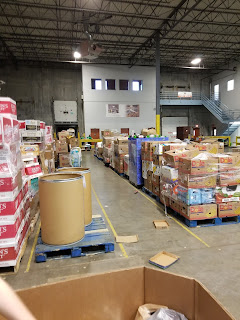 He Wasn’t a Stranger, He’s a Farmer

This year has been my first harvest away from home and I really have been missing being back on the farm with my grandpa. My teammates often make fun of me for pointing out every tractor or combine in sight. A few weeks back, Emily and I were cruising down a country road about 2 miles away from the FFA center when we came across a farmer combining soybeans. Being one of the first combines I’d seen that year, I perked up immediately and yelled “COMBINE” at the top of my lungs. As we passed, I watched in envy as the farmer worked his way across a golden field under the perfect September sky. I began to think of the next time I would get to go home, and finally be back on the farm. Little did I know, it would be sooner than I thought. 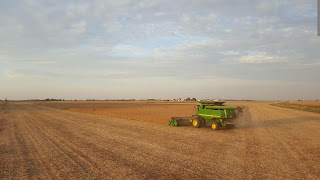 That Sunday, I was heading back to the FFA Center after meeting up with a friend from high school, when I had I crazy idea. I was going to go farm for the afternoon, but I couldn’t make the trip all the way home. I remembered the farmer we had passed just a few days before, and I set out on a mission to find him. Within minutes of turning on to that same country road, I was delighted to see a distinct cloud of dust coming from a combine harvesting soybeans. I continued to follow the cloud of dust until I came across the same farmer I had seen a few days before, again working his way through a soybean field. I then pulled my car through the side ditch and into the field, and began to have second thoughts about my rash decision. As the combine approached I felt even more nervous. When the combine finally stopped and the dust settled, I hopped on the familiar green ladder and climbed my way up to the cab, not knowing what to expect.

I will never forget the look on the face of the rather confused farmer as he slowly swung the cab door open. In fact, he had as little idea of what to expect as I did. Hoping to clear any confusions, I quickly introduced myself and shook hands with the farmer. I continued by explaining who I was, where I was from, but then stopped for a second to think about why I was there. I then said to him, “This might sound a bit weird, but would mind if I rode in the combine with you for a while?” I then explained to the man that I had been unable to be back on my family farm due to that fact that I was serving as an Indiana FFA State officer and was eager to be back in the field. Whether it was out of pity, or shear interest in the situation, the farmer agreed, and welcomed me aboard.

It didn’t take long at all before we hit it off. For the first half hour alone, we talk farm equipment as I admired his combine, tractors, and implements. Being in that combine was like a taking a step back to my childhood as it was the same model as the one I rode in when I was younger. We proceeded to talk about yield, fertilizer, seed type, tillage methods, and much more as the afternoon went on. Aside from agriculture, this random farmer and I connected over metal fabrication, diesel trucks, and even mutual friends. By the time evening hit, I had ridden in the combine for over 2 hours, and was left baffled at how much this farmer and I had in common. As I drove away that night, I couldn't help but smile. Not only had I gotten my farming fix in for a while, but I had made a new friend while doing it. 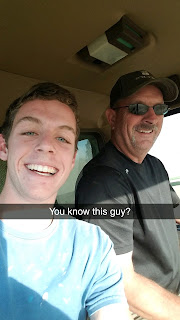 Not long after, I told this story to a classroom full of students during a chapter visit. Upon finishing the story, a girl spoke up and yelled across the room, “Didn’t your mom ever tell you not to talk to strangers?” I replied, “He wasn’t a stranger, he’s a farmer.” I then realized yet another reason why I love the agriculture industry so much, because nobody is a stranger.