It’s a phrase we’ve heard time and time again throughout the past couple months, and it’s something that has echoed throughout our last days in office.

Thank you to all of the members that continued to forge ahead. We never expected one year ago to be hosting a virtual state convention. When we heard the news, we were intimidated. It was uncharted territory. It was daunting. Yet as we stood in an empty Elliott Hall of Music, it didn’t feel empty. We weren’t intimidated. We felt the energy and support from every member that tuned in. We knew through social media that each of you were there with us. You supported us, and you forged ahead to not only make the convention possible, but successful. Because of you, we will continue to forge Indiana FFA’s path now, and forever.

Thank you to our advisors. Without you, we would not have succeeded. You supported our programs every step of the way. We may have been the ones on camera, but you were the ones behind the scenes making it happen. You brought convention to our members and helped forge an impact. Advisors have always been the backbone of our association, and that was proven through the difficulties we were faced with this year.

Thank you to the dedicated sponsors and supporters of our association. During the tough times, you stuck by us and helped us provide programs and activities to our members. You have exceeded the true meaning behind our mission statement by supporting premier leadership, personal growth, and career success for all Indiana FFA members.

To our staff, we say thank you. From the moment the gavel tapped, you have mentored and supported us every single day. This past month you have told us how tough we have been, but we learned it from the best. You showed us what tough truly meant and you were the ones who helped us through it all. Thank you for being the family we always needed.

Posted by Indiana FFA at 8:30 AM No comments:

When trying something new, my usual mindset is to dive in headfirst. When I was
younger, I loved LEGOs. I would spend hours building the set they came in or making my own
creation. That was all I wanted to do in my free time! At some point though, I started playing
Xbox – and I was hooked. All I wanted to do was play video games. When I got to high school, I
started hanging out with my friend Jack. We would go camping, hiking, and kayaking! One day
he asked me to come over to his sister’s house and help build demolition derby cars. I had so
much fun that day!
From then on, I spent my free time building the derby cars. And it didn’t stop there. Just
a few months ago when we started filming for State Convention I became very interested in
filming and editing. I became what some would call, “obsessed” with learning all that I could
about the process. At first when I thought back on my mindset of, “diving in headfirst” I thought
it was a flaw of mine. After reflecting about it though, I realized that all of my, “obsessions”
have caused me to become the person I am today. The things I learned how to do have made
me a well-rounded individual with many skills.
As I thought about what I was going to be doing in the future, I realized that because of
the things I have done, I don’t want to be an architect. I love working on cars for fun, but I
wouldn’t want to do it every day. I may not know exactly what I want to do for the rest of my
life, but I do have a better idea than I did when I was little. I encourage you all to try new
things!

At my desk in the office, there’s a sign that states “Today is a good day for a good day.” I love this quote for several reasons. Especially with the time we are in now. Some days of being stuck at home have brought sadness or worry. Seeing our favorite events move virtual, being canceled, or not being able to see our loved ones is hard. These are all things out of our control, but what is in our control is how we choose to handle each day.
At the beginning of quarantine, I spent many days dwelling upon everything. It felt like a domino effect of things not going as planned. As I got further into quarantine, I renovated how I was living my life. This time really showed me the value of my family, my teammates, and appreciating what I had. 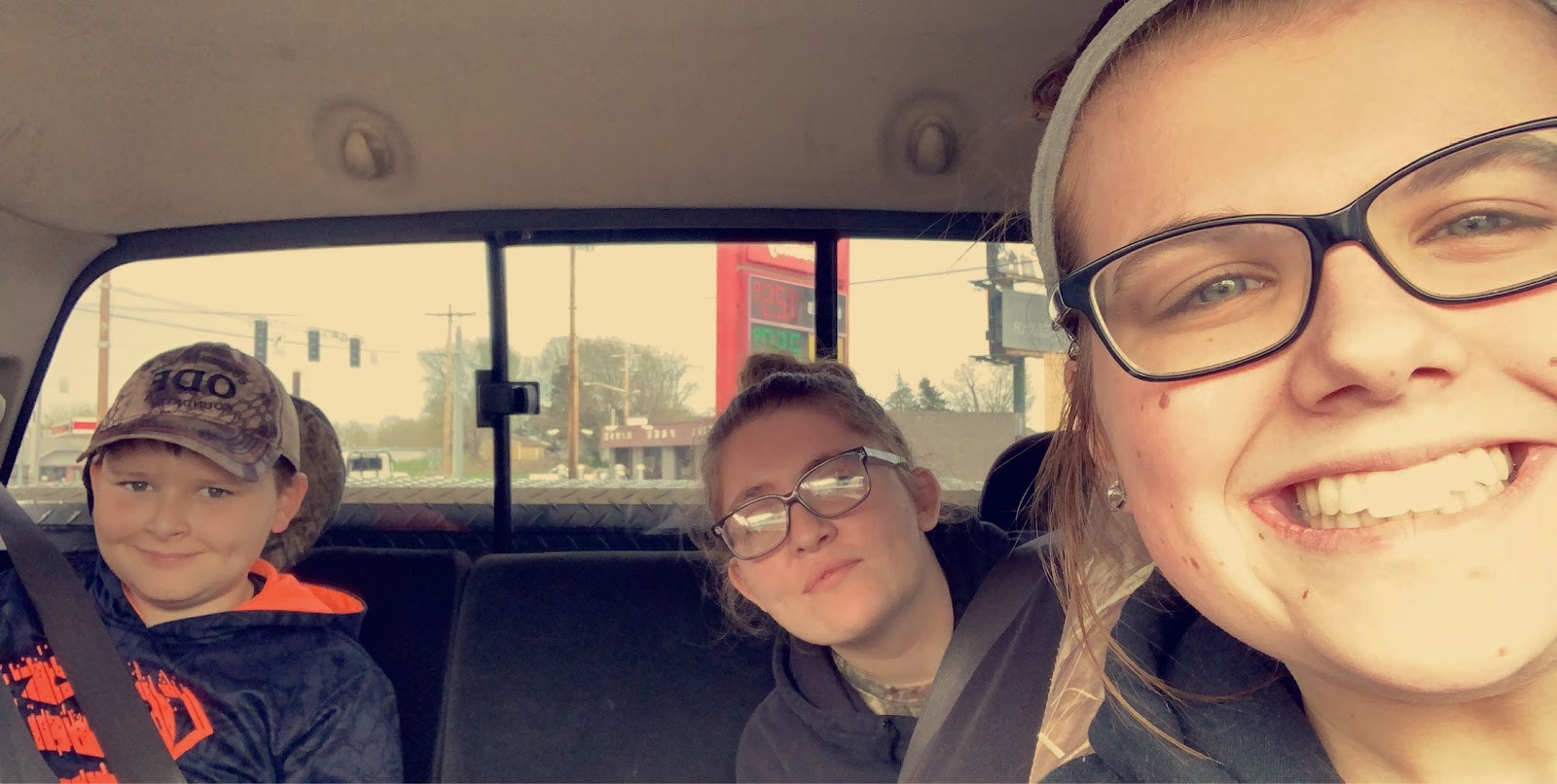 I spent a few days with my nuggets. My uncle took us mushroom hunting and fishing! It was super cool because I had never been before!

My mom and I doing funny dances together.
Recently, we got to move back into the FFA Center. It’s been filled with filming commercials, writing our RA’s, writing scripts, and many other duties to ensure we are ready for the first ever VIRTUAL state convention! One thing that I admire about our team though, is that we never forget to spend time with each other. Yes, we are extremely busy, but we make the most of the time we have left. These past three weeks have been filled with fishing, eating our lunch on the “sea bass”, ( our dock that we take out in the middle of the lake) and having a campfire.  I’ve really enjoyed all these memories we have created since we have been back. 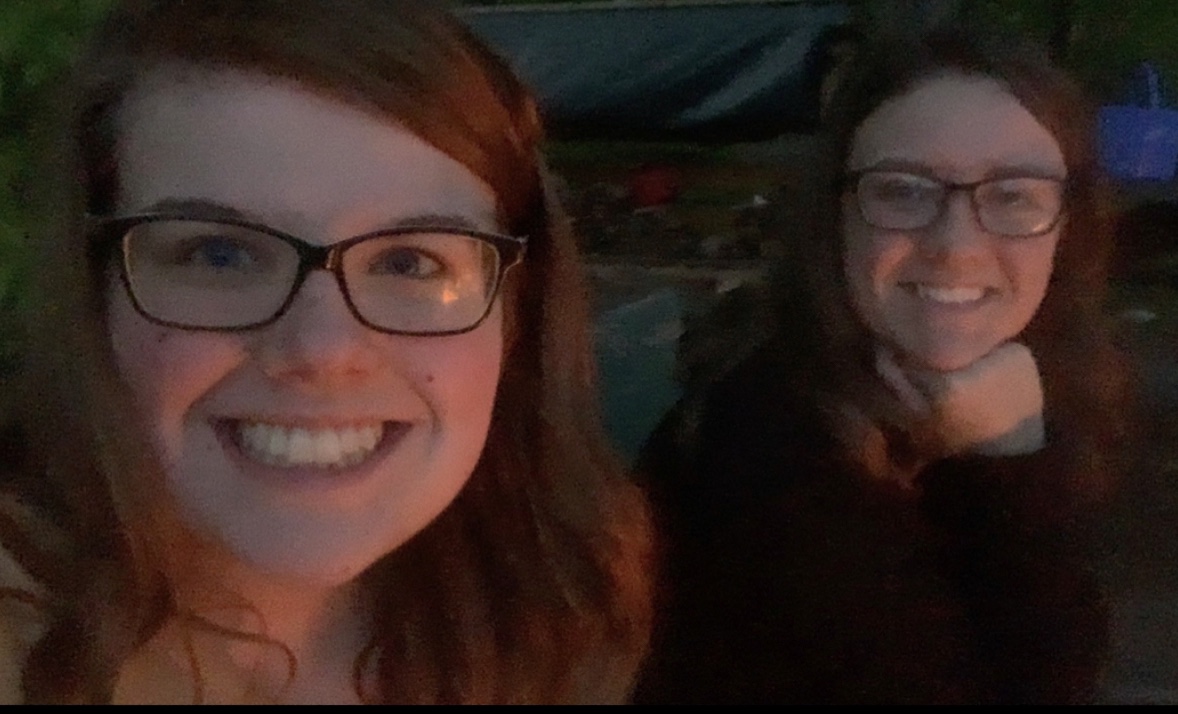 Cait and I made s’mores! These weren’t regular s’mores though! We used Chocolate chip cookies on the outside instead of graham crackers. It was quite the treat. 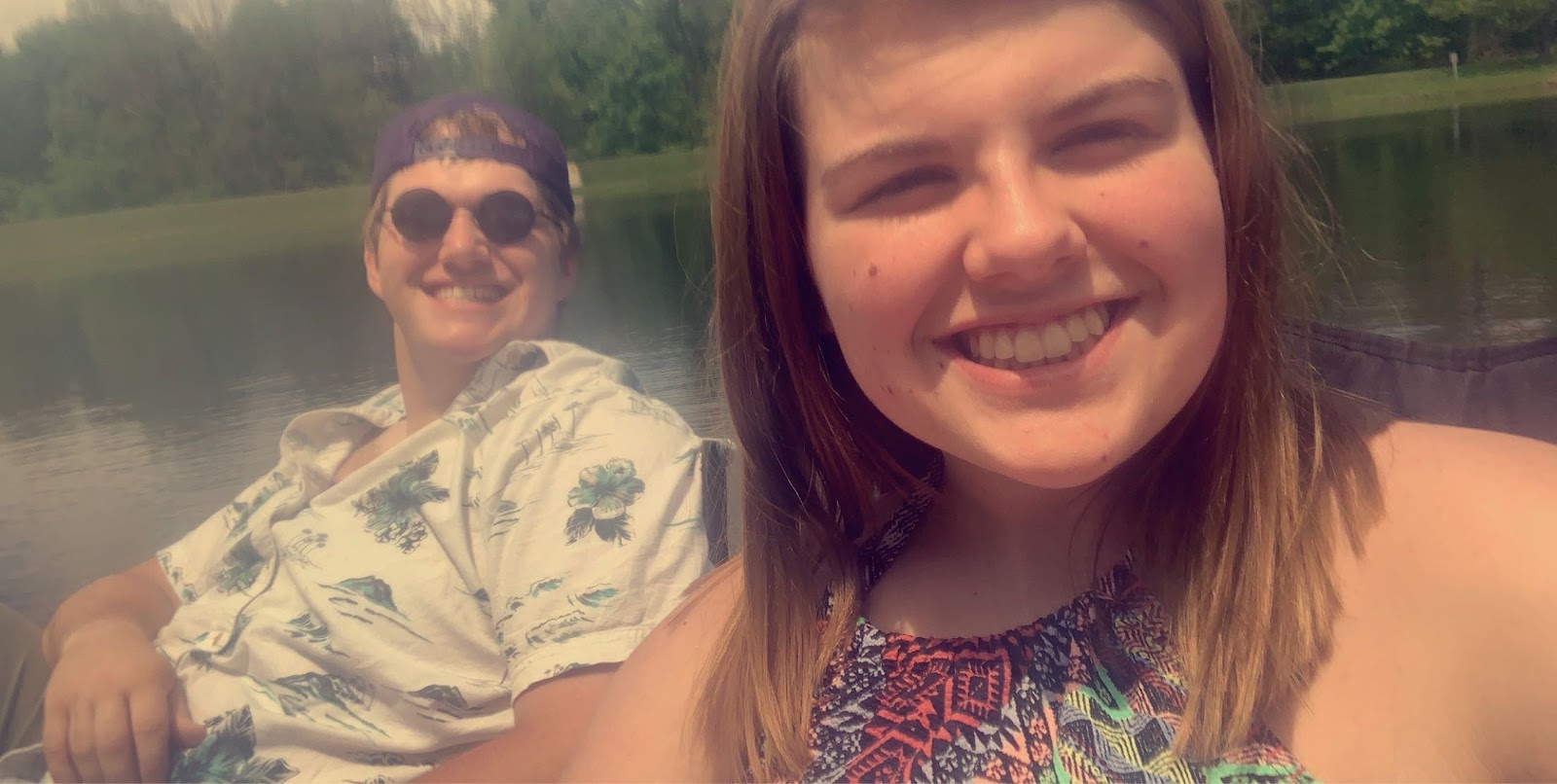 SEABASS fun! I might have forgotten sunscreen, but it was still a great day.
How have you been spending your time at home? Are you making the most of the times together with your family? No matter how hard times get, focus on what you’re in control of. Always remember “Today is a good day to have a good day,” but the choice is yours.
Living life to the fullest,
Taylor

Posted by Indiana FFA at 8:31 AM No comments: